We are fortunate to have some of the best karate instructors around with many years experience and high levels of skills in a variety of areas.

Roger is UK Branch Chief of the World Seido Karate Organisation and has trained and examined over 100s of black belts. Self Defence and Martial Arts Alliance Master Instructor, previously headed Immigration Intelligence Liaison working against immigration related organised crime before he retired to focus on teaching martial arts full-time. He has written his autobiography, “Dogs on the Runway”, detailing his fascinating life. His enthusiasm for improving all aspects of his life is infectious.

Stuart started Seido karate in 1985 and was Sei Shihan Roger’s first UK student. An accomplished and highly experienced  instructor, he established his dojo in Tylers Green in 2001 and in that time has taught a wide variety of students, including those with physical disabilities and learning difficulties. Stuart is a qualified fitness instructor and sports therapist and has worked with athletes across a wide spectrum of sports disciplines. A natural instructor with a gift for putting students at their ease, his many skills make him a hard taskmaster for those looking to challenge themselves. 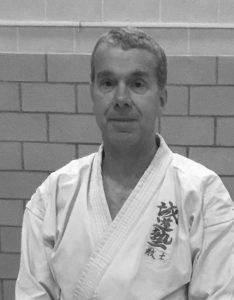 Stephen has been studying martial arts since 1983. Two years previously to beginning karate he studied judo however since 1985 he has dedicated himself to Seido Karate training under the Head of Seido in the UK, Sei Shihan Roger Thyer-Jones. Stephen has also had the honour to train and take promotions, under Kaicho Nakumura, our founder, on a number of occasions at our Honbu in New York. Stephen along with all his instructors has CRB clearance for teaching young and vulnerable persons and is also first aid qualified.

He currently lives in Thame with his wife Vicki, four children and their two dogs. He says that he is fortunate enough to come from a very close family who live close by in Aylesbury so knows fairford Leys and Lacey green area and people well. 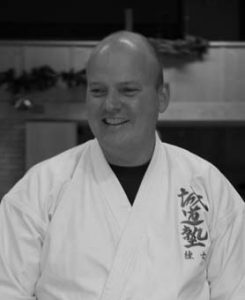 Suzie started Seido Karate as a junior student and has been training under Sei Shihan Roger for over 30 years.  She has recently opened up her own dojo and is a key instructor in the children’s programme.  Kyoshi Suzie is also heavily involved in the school’s programme and teaches after school clubs in a number of schools in the local area. 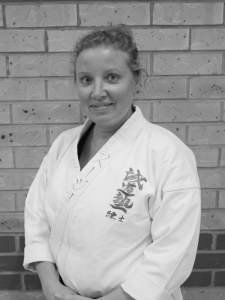 Karen has been studying Seido Karate for over 27 years under the instruction of Sei Shihan Roger Thyer-Jones and has been fortunate to train at the World Seido Karate Head Quarters in New York Under our Grandmaster Kaicho Nakamura and Nidaimi Nakamura. She is a former English Karate National Sparing Champion and has experience teaching a variety of ages and abilities.

Kyoshi Karen is a senior female instructor within Seido Bucks and currently runs the women’s only programme at Seido Micklefield dojo and supports the Adult and Children’s general classes at Lacey Green and Fairford Leys dojo’s. 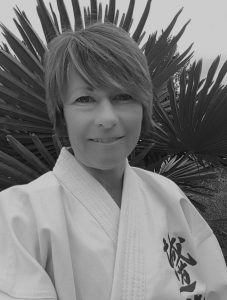 Chris  started training with Kyoshi Stuart Wilson in 2001 and was one of the first adult students to walk through the doors at Tylers Green dojo when it started.

Having previously studied in Judo, boxing and other forms of karate, he soon became an integral part of helping to build this dojo, helping with instructing in both the adult and children’s programme for over 15 years. With a passion and natural talent for teaching, he has taught numerous seminars and training classes both on martial arts and other wider areas of health and fitness.

Mark is a 4th degree black belt and has been practicing and teaching martial arts for over 20 years. Mark has disclosure and barring clearance as well as NSPCC certification in child protection awareness for teaching children and holds certification in first aid. 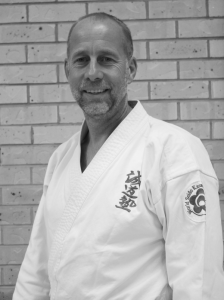 Dave has been a regular instructor in Seido karate since gaining his black belt in 2011. An experienced and supportive teacher, he is ready to challenge all students to bring out the best in themselves. Currently running the children’s programme at Great Kingshill, he also supports adult, junior and schools programmes across the Bucks area. 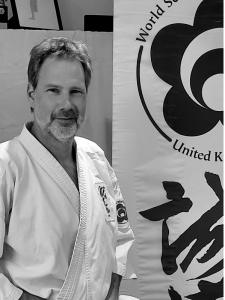